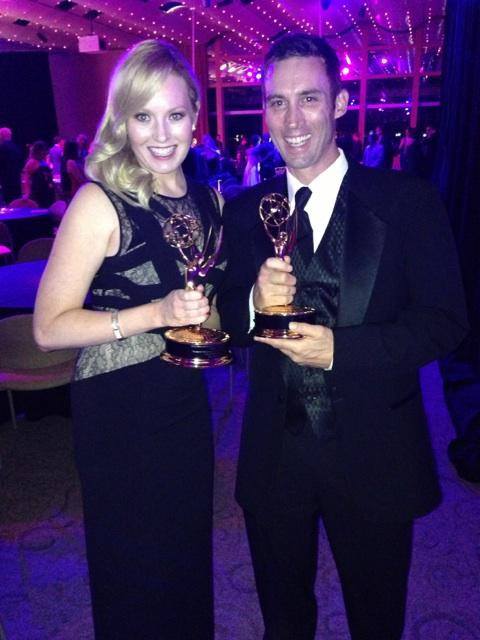 StoryCatchers Media recently received the 2013 NATAS Heartland Emmy for Program Editing. It’s not the first award of our careers, but, it’s especially rewarding because it is the first one that StoryCatchers Media team has received for video production work in the Denver metro-area. Being new to the video production community, we decided to submit five entries of our work in 2012. We were shocked when we learned that four out of the five were nominated for Emmy Awards.  Just being nominated was a thrilling experience because we are so new to this type of work and we feel this type of recognition allows us to show our clients that we are credible and we truly can help you create a great marketing video. 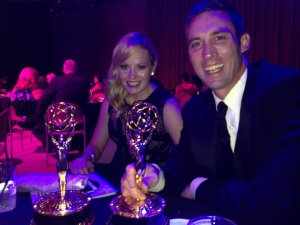 Why are awards important? We believe it is a measure of what we do everyday, which is working at a higher standard than the rest. Of course there are others claiming to be award winning, and hats off to them. But, here is what makes us different, we are still achieving that high standard of excellence and have a long history of that achievement, not just a few awards earned long ago. We maintain a consistent level of work, day-in and day-out. That has never wavered. Whether it was a rushed TV news story or a medical marketing video that took a months to achieve, we never lower our standards.

Sara and I are very satisfied to earn this award because it is our first since leaving broadcast television news and venturing into the world of video production and what many call “new media.” My good friend Misty Montano, the president of the Heartland NATAS Emmy awards, told me that they believe in progressing with the times. It is not just about the folks in broadcast anymore. Little guys like us have the same voice in this new landscape as anyone. Which means when it comes to awards, we can compete against the most prestigious media outlets in the country, like KUSA in Denver for example, and have an opportunity to win. This is a big change in media. Gone are the days where we need a live truck and a TV station behind us to have an impact. In fact, now, in a lot of ways, we have more power to reach a larger audience. 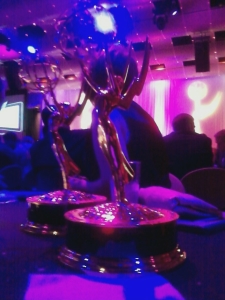 A strong work ethic is very important to the StoryCatchers Media team. It is a core belief for us in our business and it is why Sara and I trust each other implicitly. I know she will always give each story, and each client her all, she is always at 110%. More than any other reason it is why she is my partner here at StoryCatchers Media. I have always said that my work was defined by my worst day, not my best. By that I mean I had a bare minimum that I would never fall below. I always set that as high as I could so that I could maintain a standard that was consistent. I feel that in the past, most of the awards that I received for my work have always come from my average stuff, not my “best day.” Of course, I have won awards for those best days too, but it was the exception not the rule. Over the years I have seen people with talent turn it on when a “good story” came along but “phone-it-in” on a daily basis.  While this may earn them an occasional award, it is not fulfilling to me because I can’t do that. I need to bring my best to everything I do and strive to make the average excellent, which is what makes me happy in my work. I bring that work ethic plus excitement to my work everyday. I always want to go the extra mile. I have a passion for this, I get excited with each new project, that passion motivates me. Each new project is an opportunity to reach for the stars. I can’t help it, I love this work. 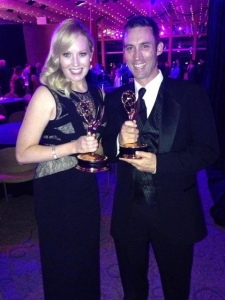 I have worked for a competing video production company before I partnered with Sara where I was told to notch it back, not to push. But, I found I can’t do this work with only half the effort.  It is not in my nature and I feel it does not serve the client. This competitor of ours has a philosophy of being conservative, not talking too much to the client, being low key. I know that to deliver the best product I can I have to understand and connect with people to tell their story. Interacting with people during a shoot is how I get the moments and shots that help tell a great story. It is how I go beyond just shooting a video, but craft a compelling well told story. That is something that makes us different and how we go the extra mile. We will never deliver a video that is done with half effort, a conservative effort, or a “good enough effort; that is not our standard.

Awards are wonderful to earn but we never rest on our laurels. They are our benchmark for which we measure the day to day work we do, a way to know we are where we want to be. Awards are like life, about the journey and not the end result. We will work at the same high level of excellence for every client because that is how we have always done it, and always will.